A remote-produced theater play with an eye-catching set design
Every year, Comédias do Minho's five amateur companies organize a festival in which each company collaborates and interacts in a play. In 2021, with the still-hitting COVID-19 pandemic, there were still many gathering restrictions, so the groups had to think of a way of getting back to acting and sharing their love for the art.
This was when they thought of making a film of a remote theater play. Actors would be shot individually and then edited into a set, a scale model that we would create on paper.
The story, written by Nuno Carmaneiro, featured several stories mainly about loneliness, pain, and love. To keep up with the pandemic lockdown, we developed a house to host each character inspired by comic books, with eye-catching colors to differentiate rooms and scenes. Characters tell their stories in their rooms, inside screens and frames, or even on the floor below their beds. Vasco Mendes filmed and directed this co-creation.
Project type: Set Design
Year: 2022
Original Text: Nuno Camarneiro
Film direction: Vasco Mendes
Amateur company + Director:
Os Simples + Joana Magalhães (Melgaço)
Grupo de Teatro de Amadores CTJV + Sílvia Barbosa (Monção)
TAC + Tânia Almeida (Paredes de Coura)
Verdevejo + Luís Filipe Silva (Valença)
Outra Cena + Rui Mendonça (Vila Nova de Cerveira)
Set design: Oupas! Design
Production: Comédias do Minho 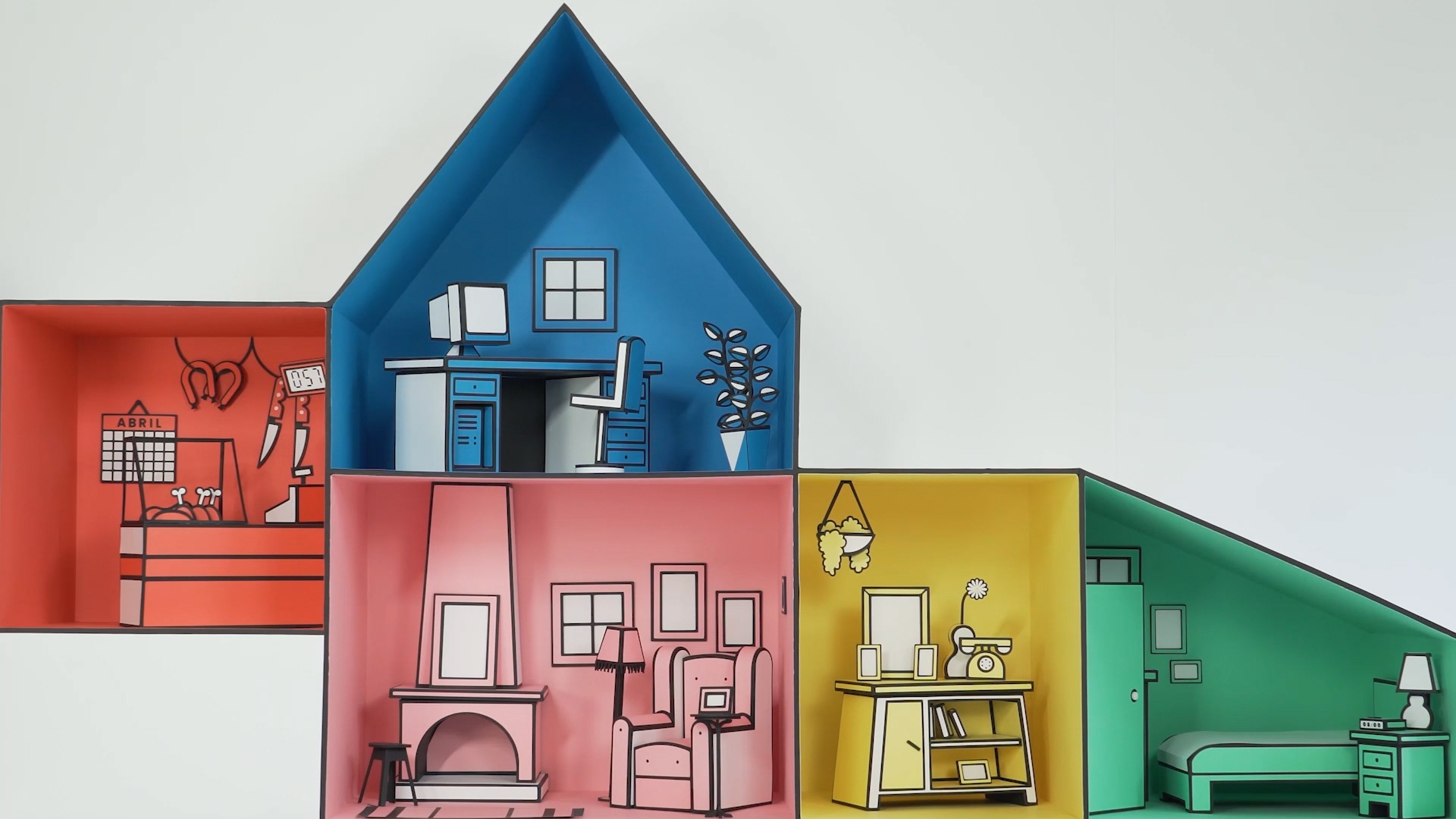 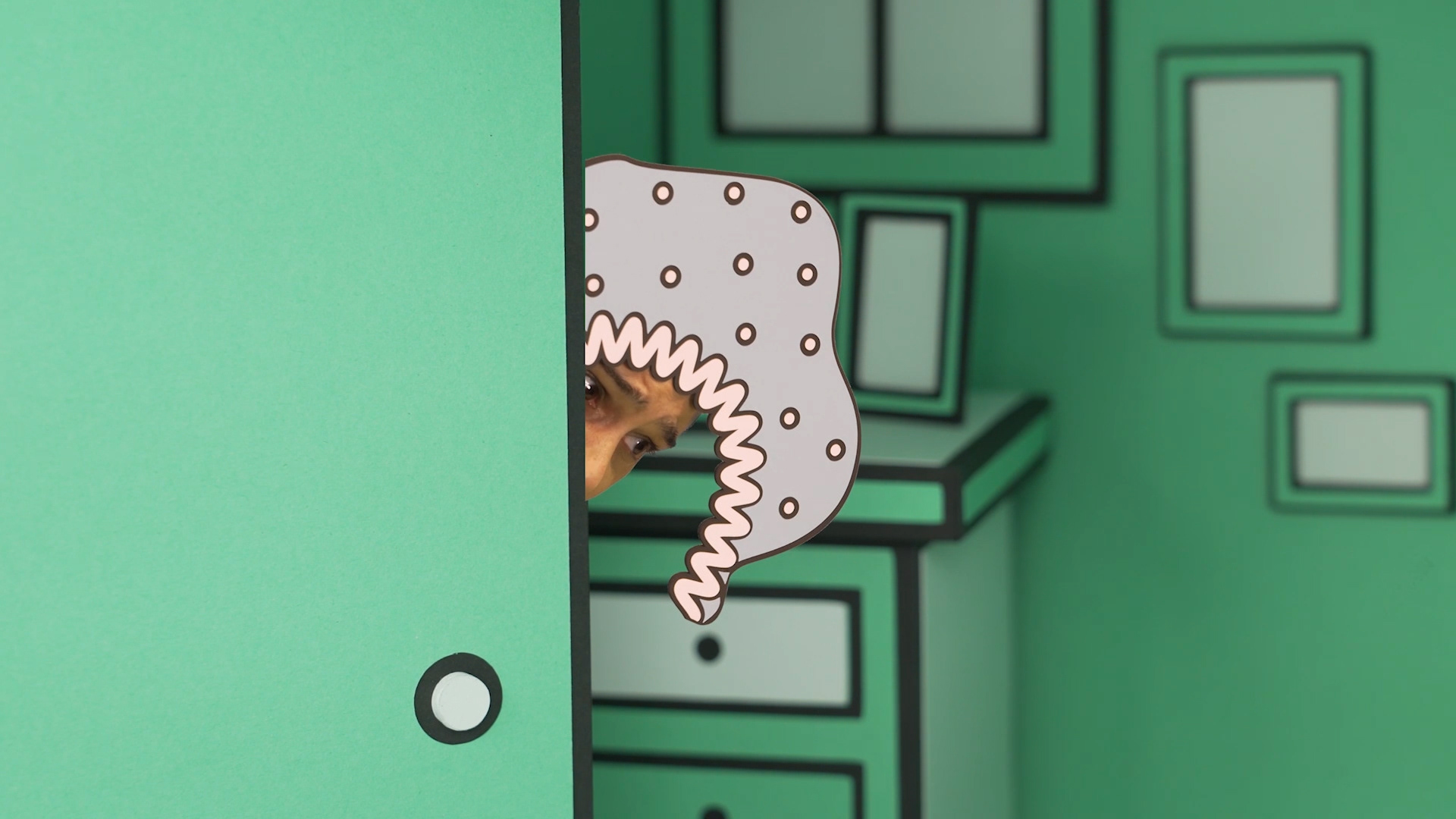 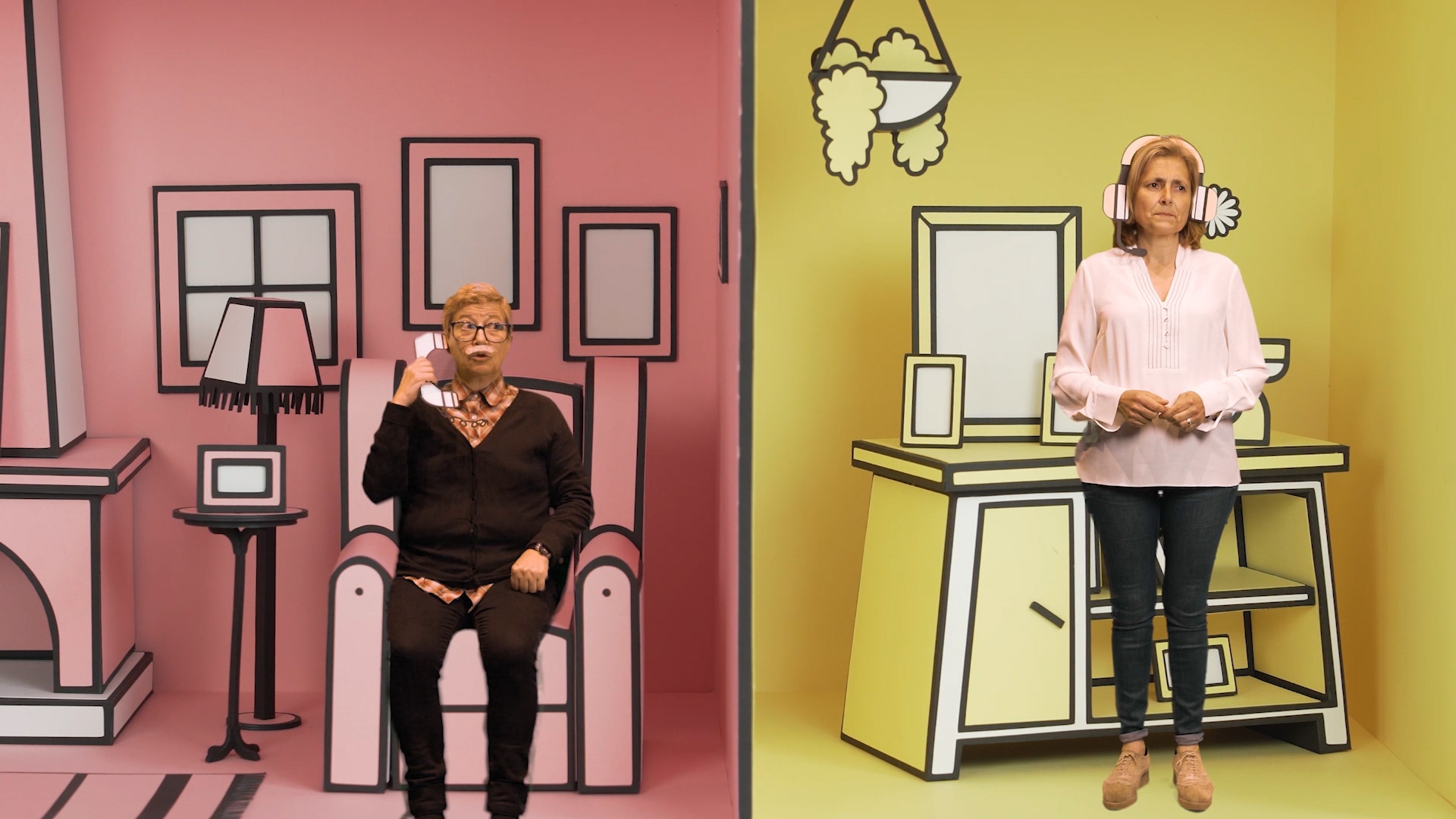 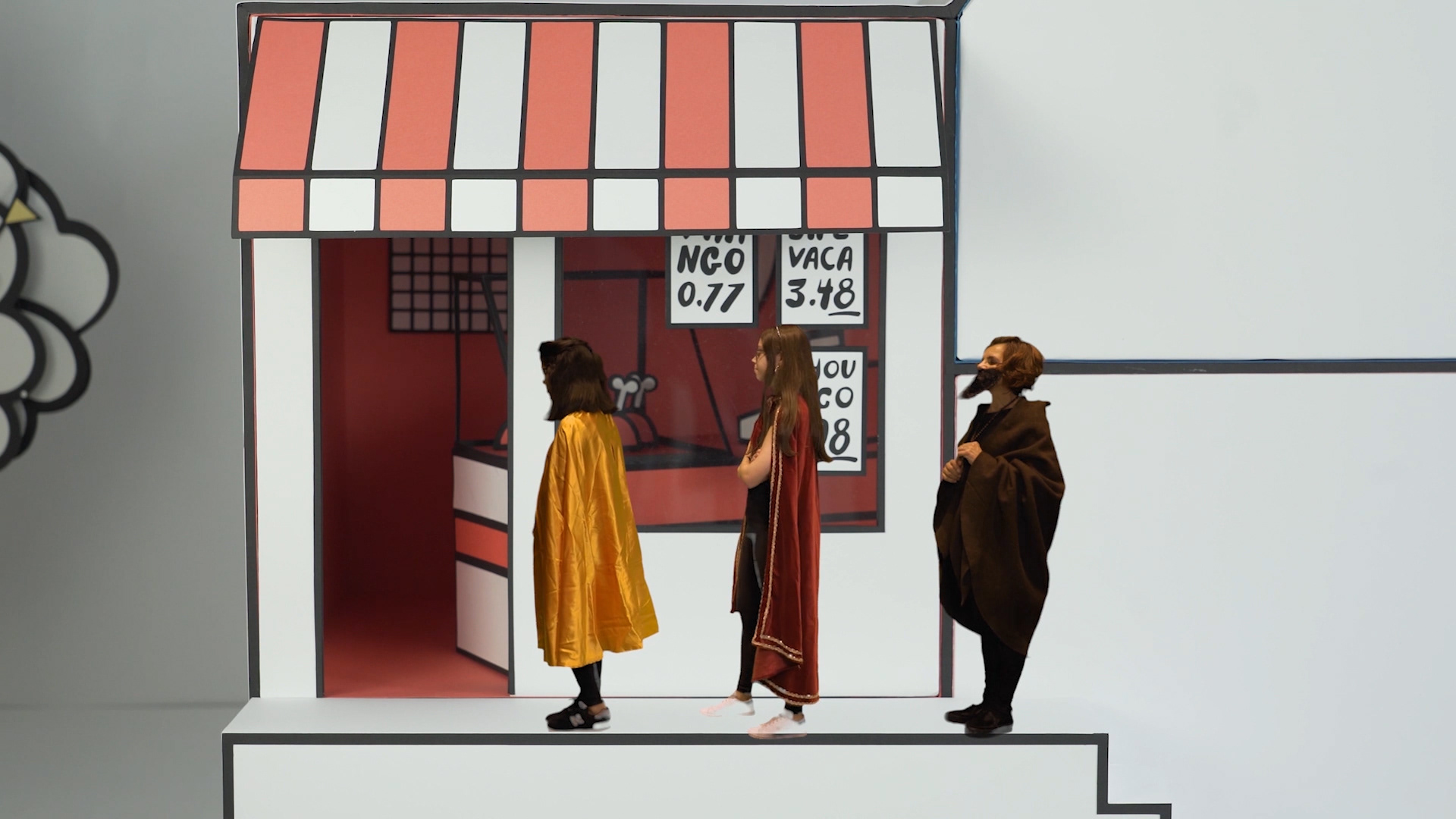 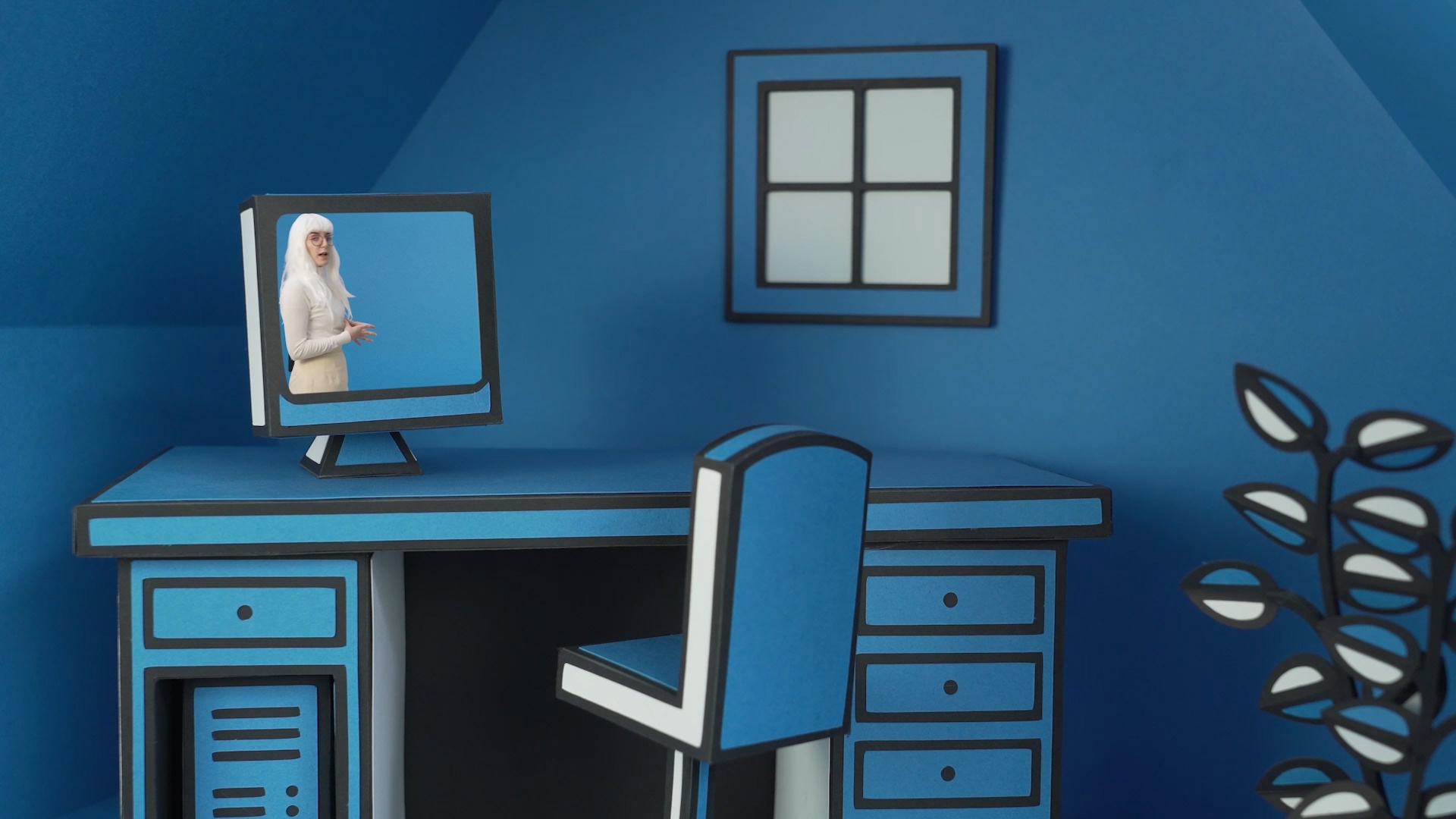 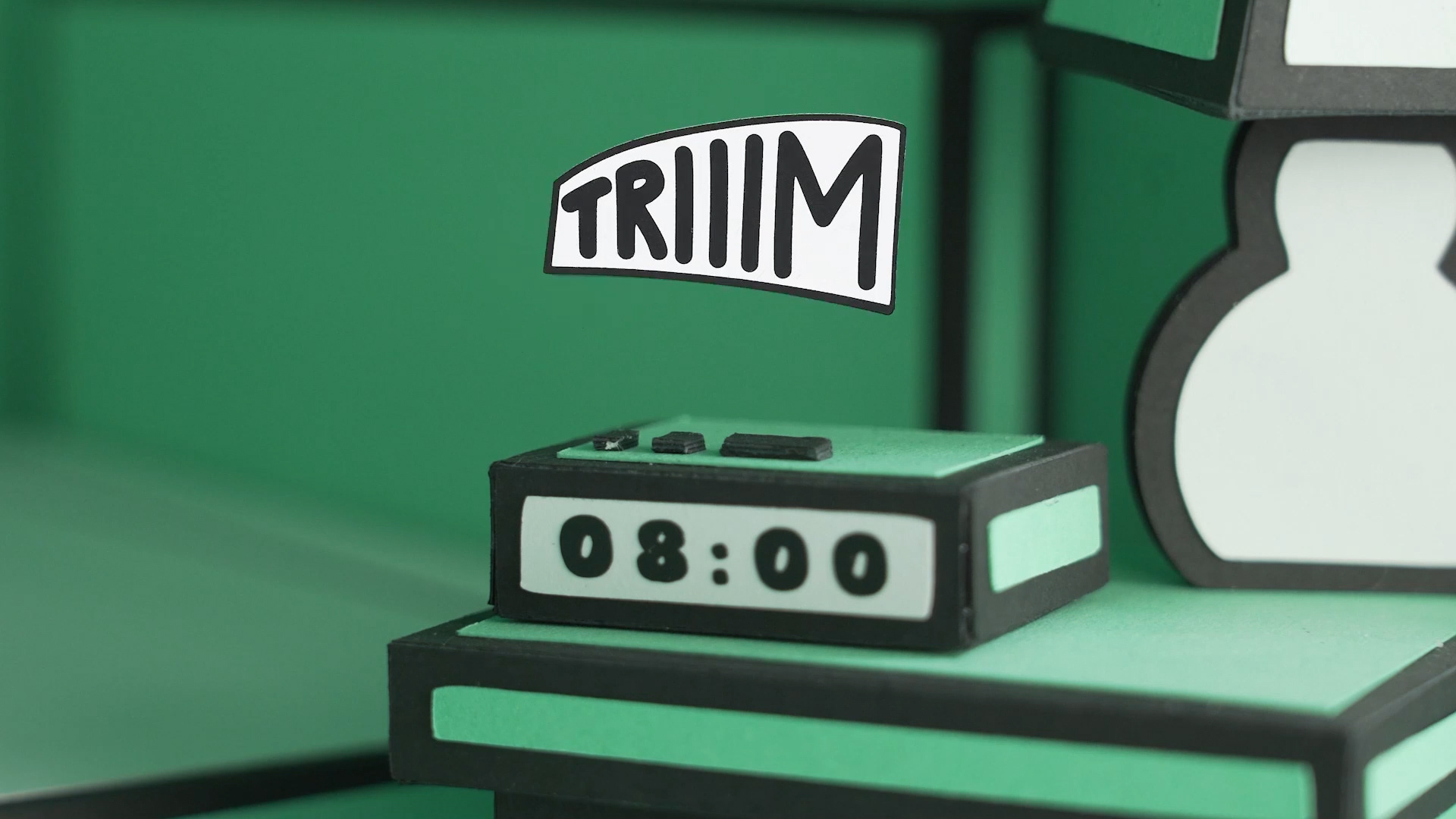 Do you wish to learn more about this project and its process?
Our case studies are a great way to learn about our process, get a behind-the-scenes look, and discover interesting facts and challenges related to this project.
Request Free Case Study 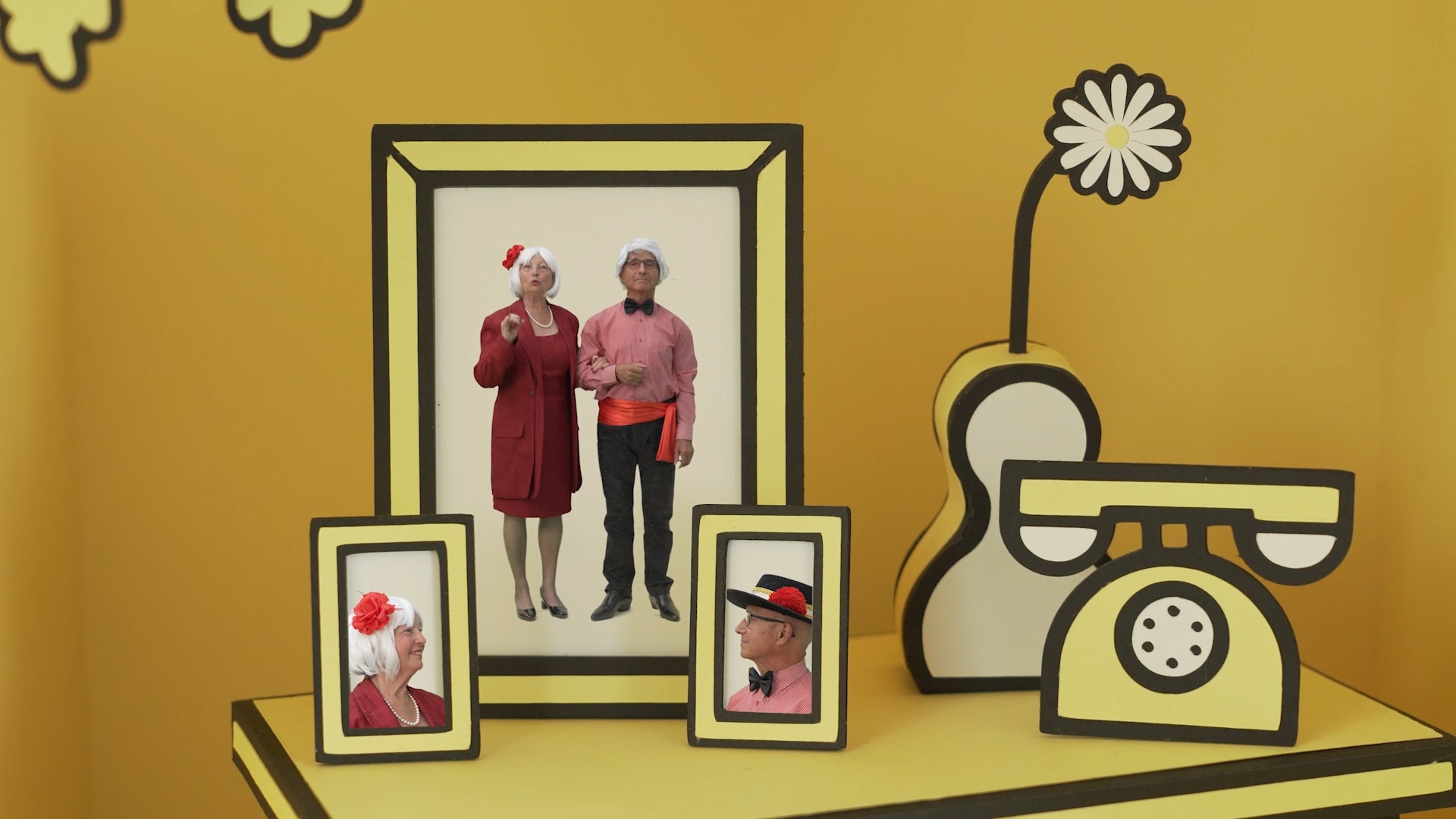 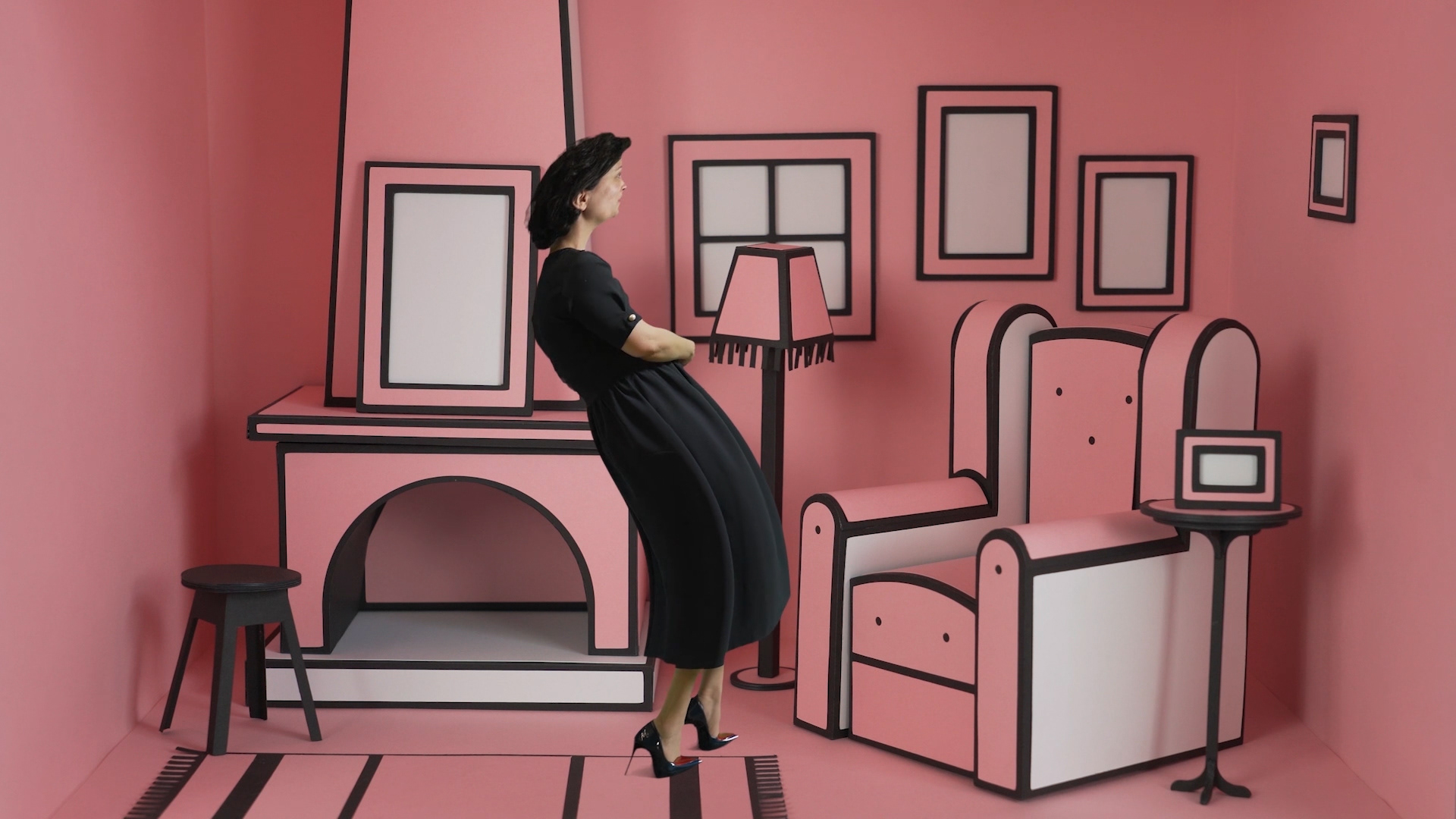 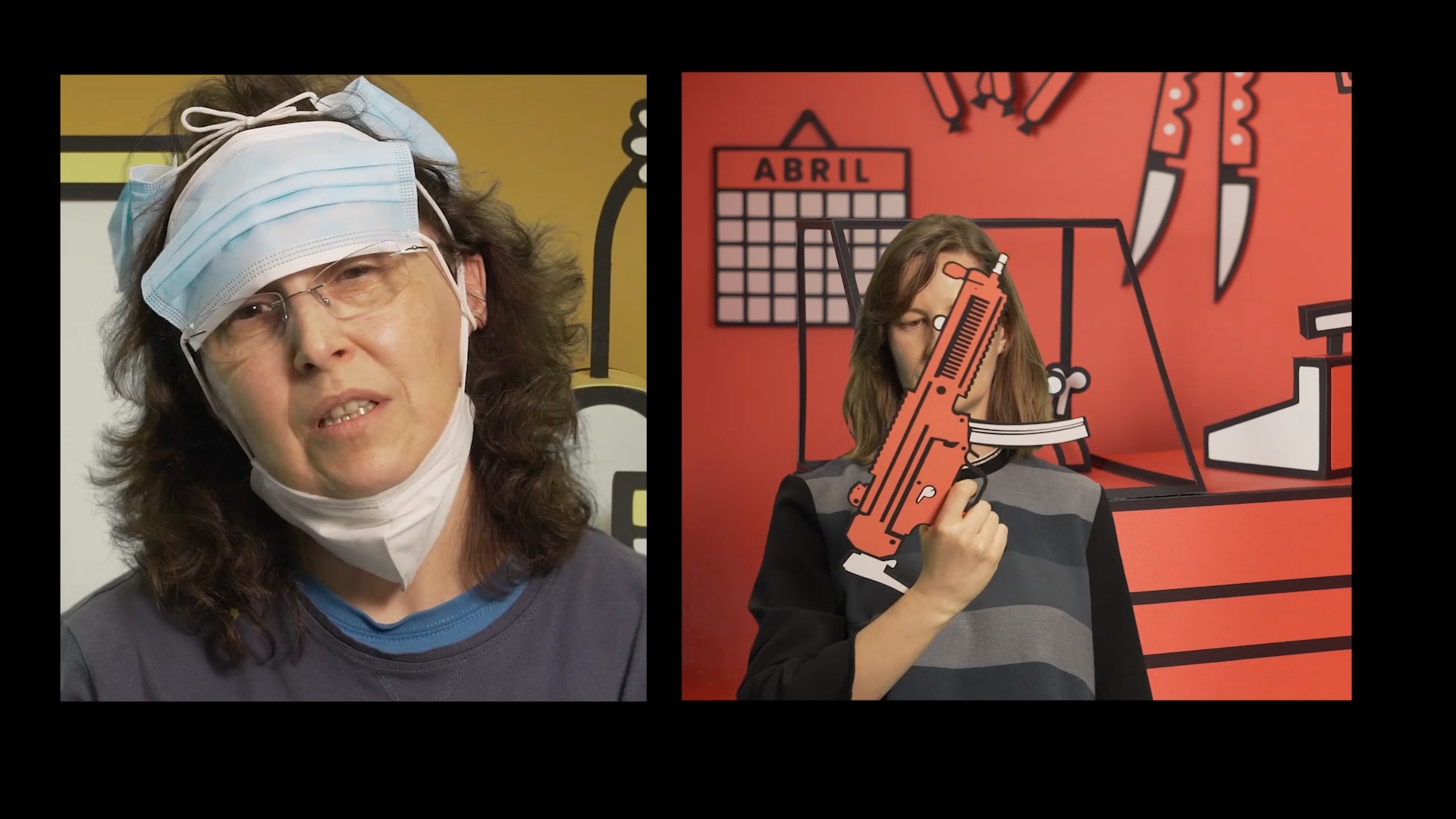 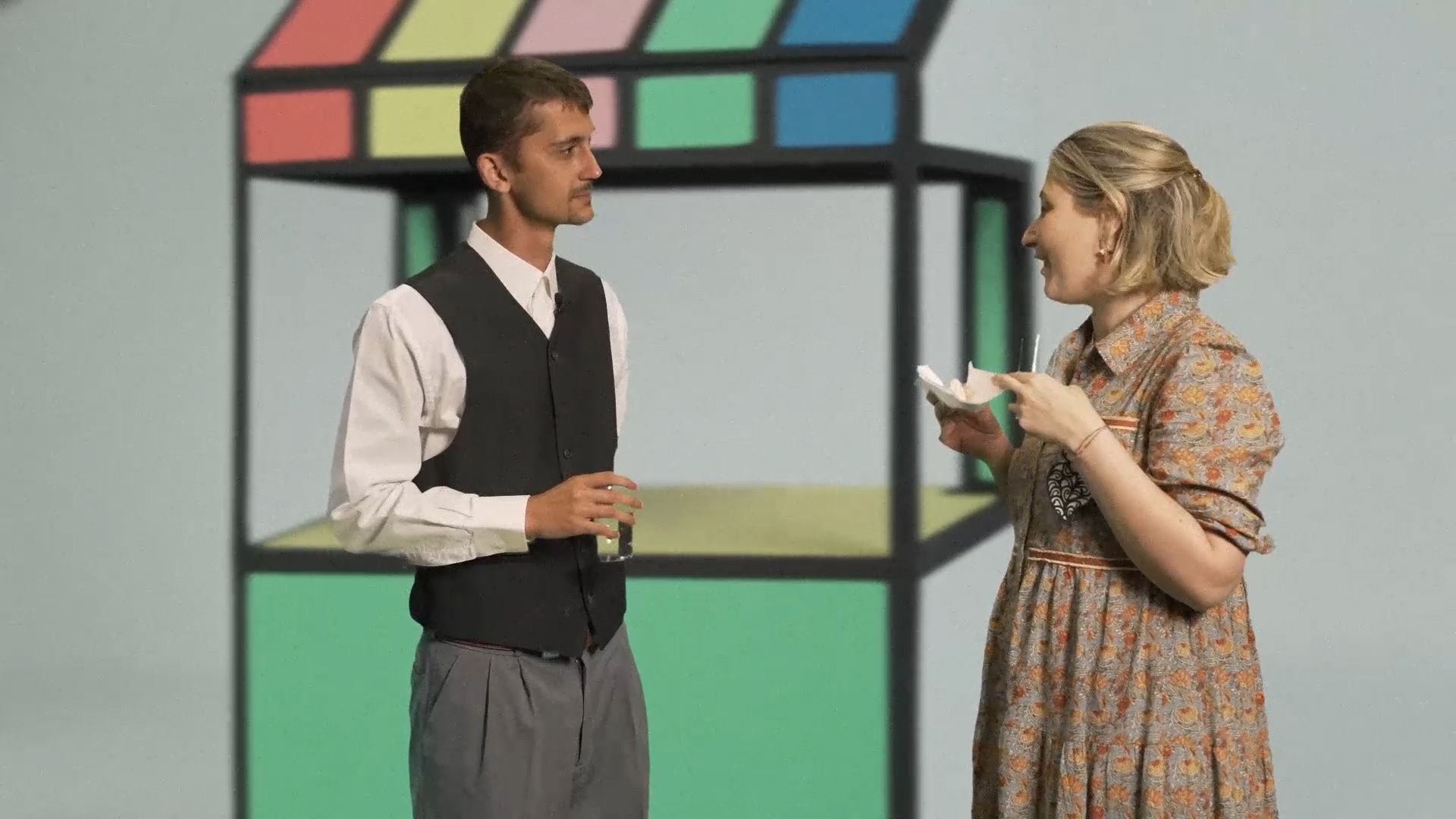 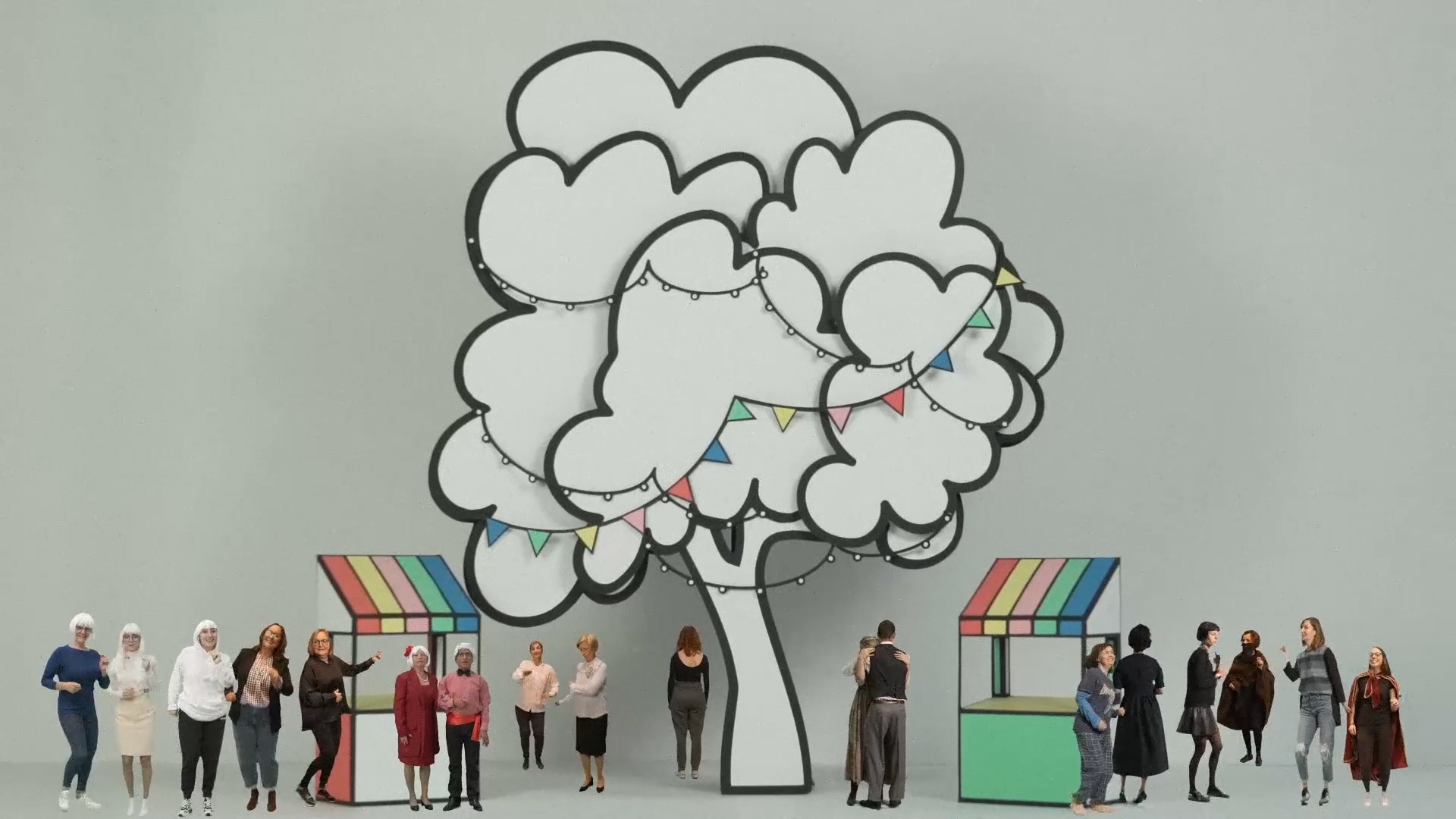