Porto Jóia challenged us to collaborate with a jeweler and create a piece to expose jewels. We chose Ana Pina beautiful jewelry and created a carousel based on her “Orbital” collection.
Because we wanted to make a spinning carousel, it was immediate that we should use astronomy as its theme. The jewels were so minimal that we believed the carousel needed to have lots of details so the eyes stayed looking to the pieces longer. So the center of the carousel is the Sun, and orbiting around it, each small stand represented one of the solar system planets. The base of the object was inspired in an old astrolabe and the top gathered some of the major constellations of the night’s sky. In the final result the jewels were orbiting around the sun as the carousel turned and turned.
-
Client: Porto Jóia 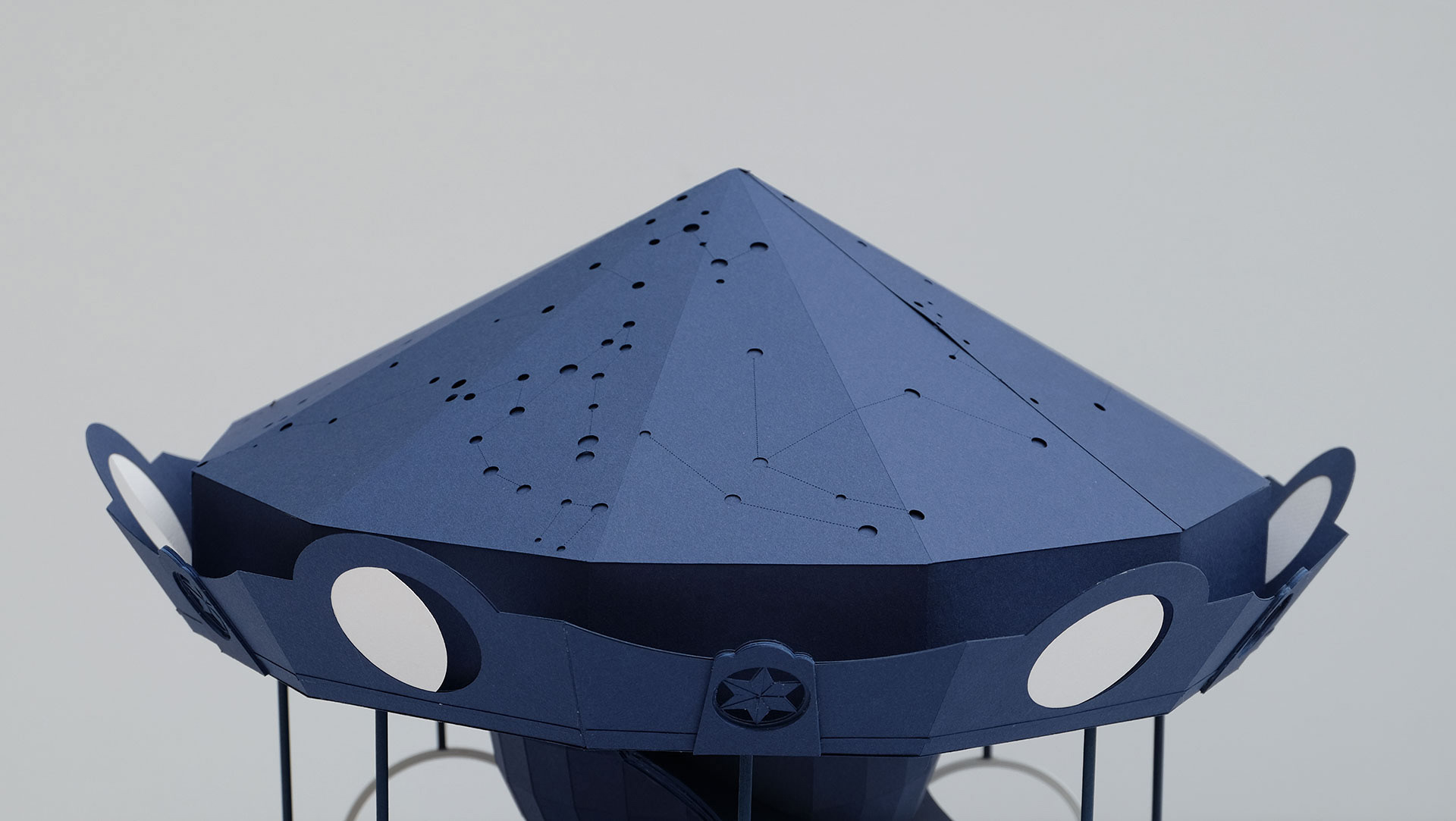 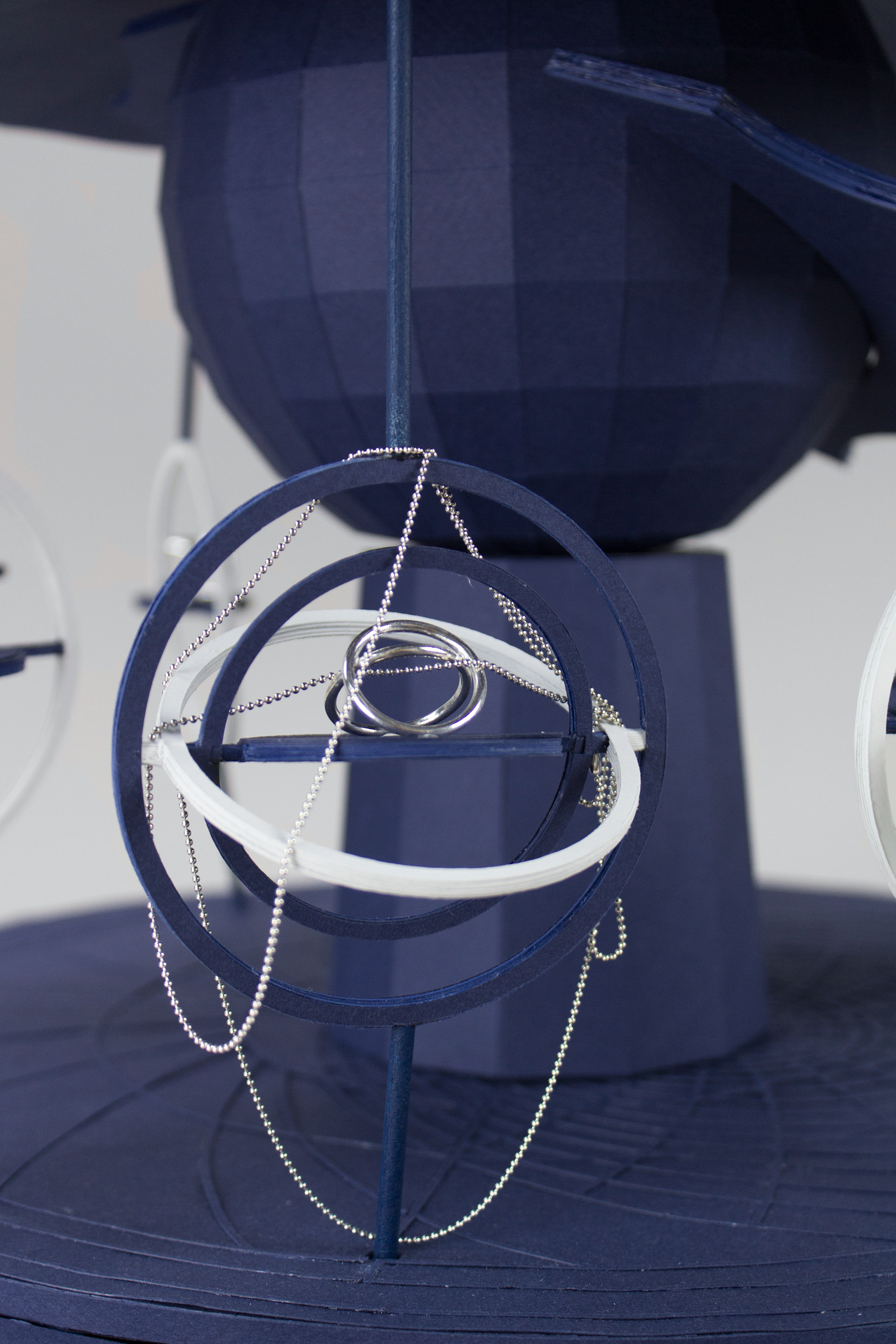 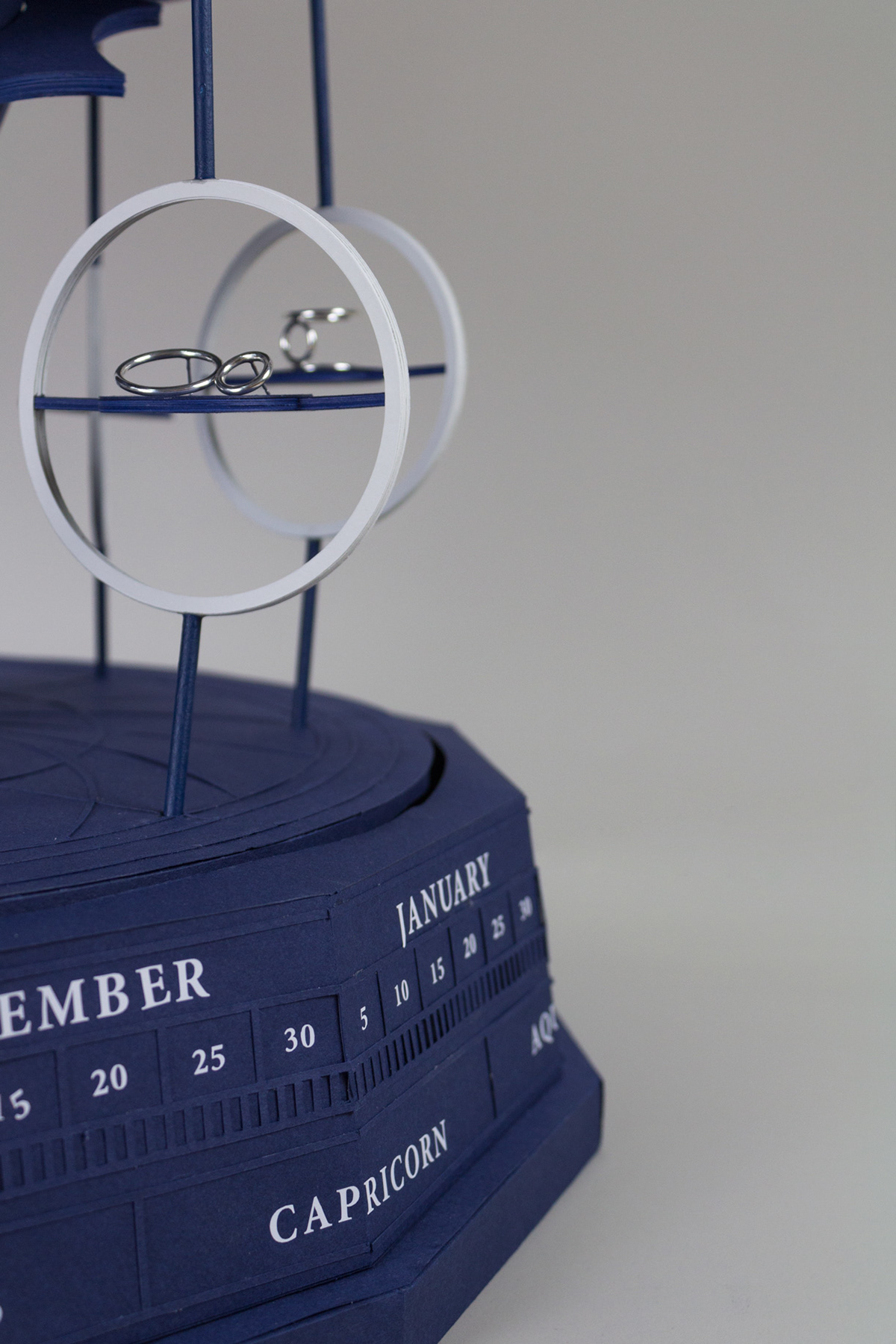 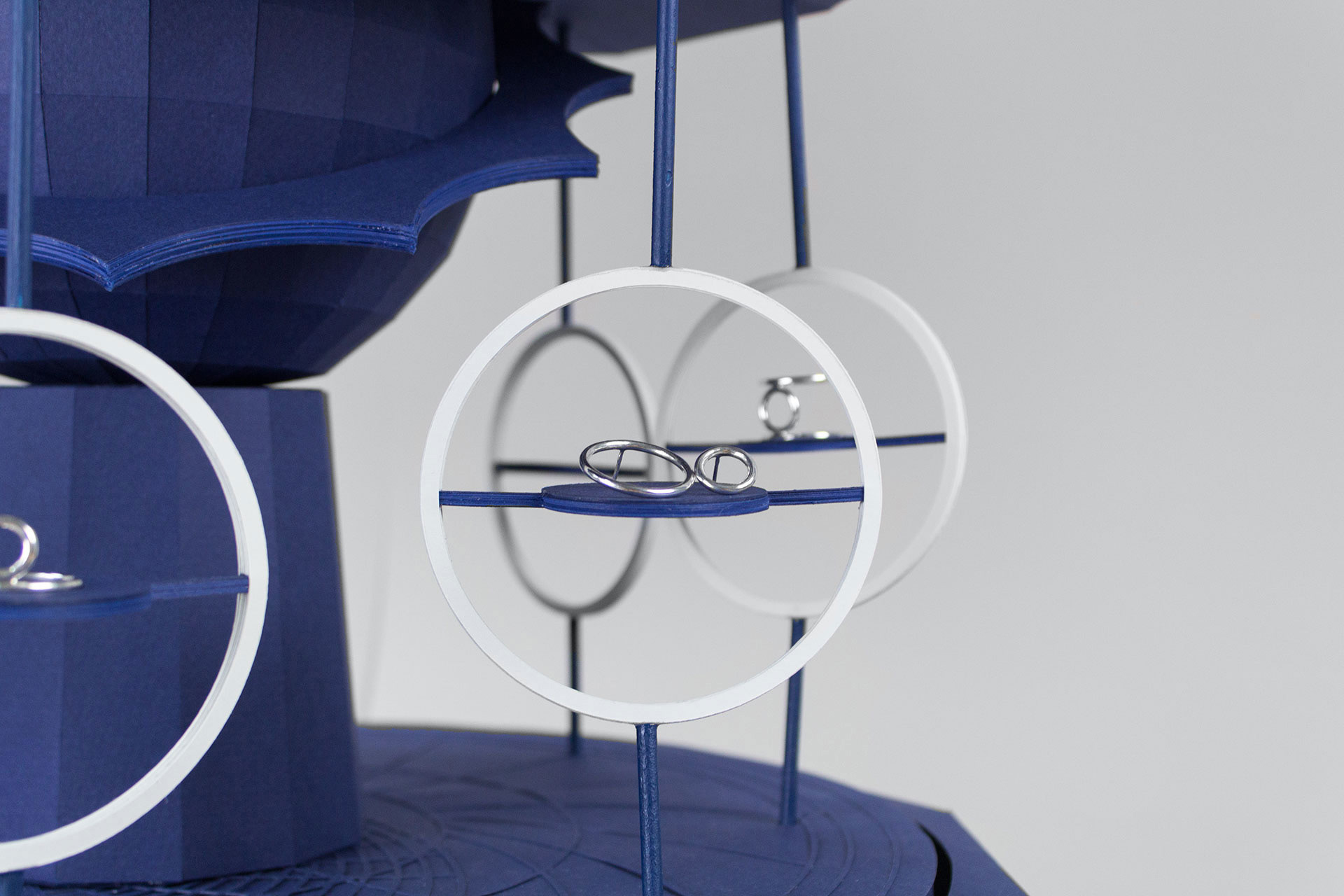 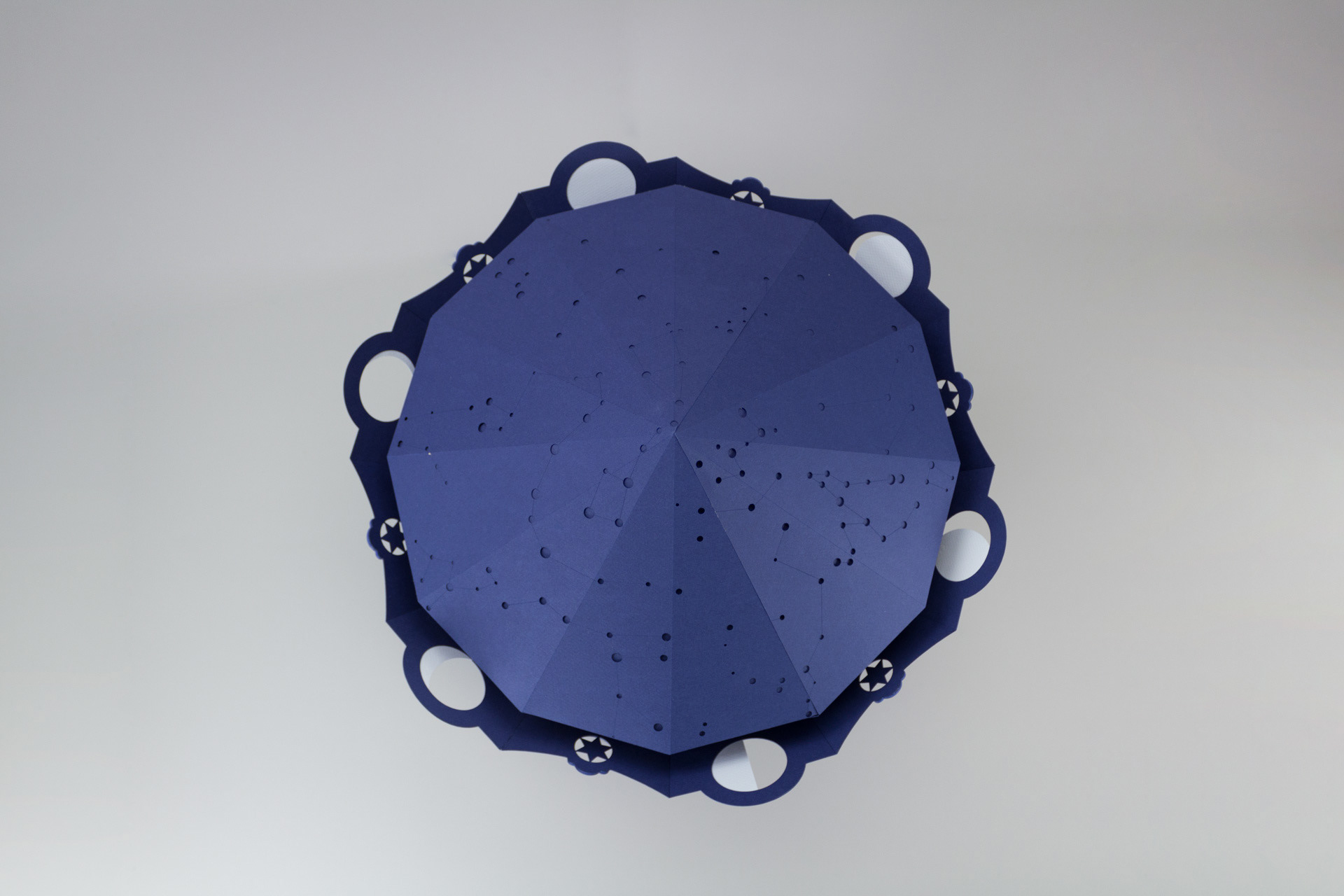 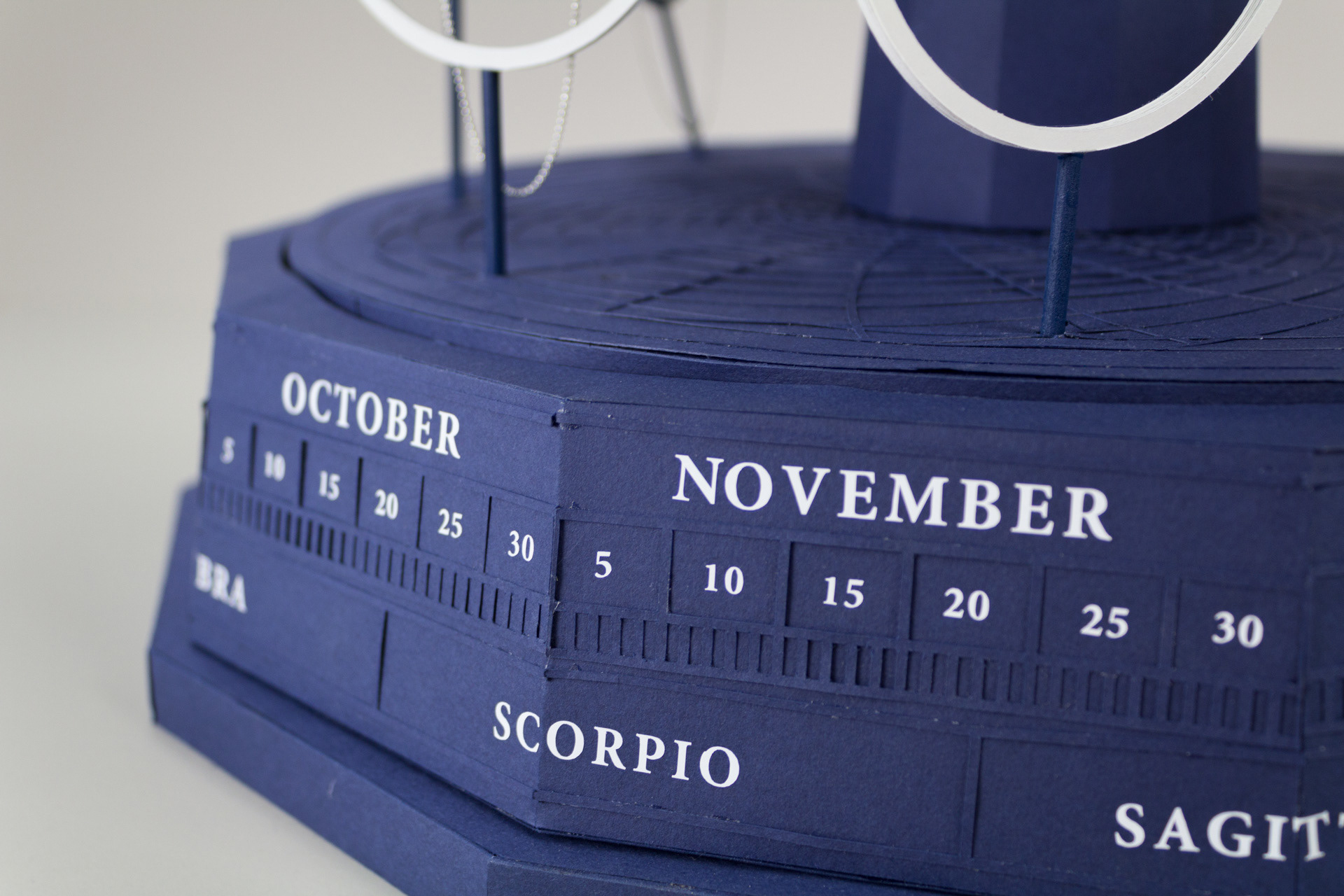 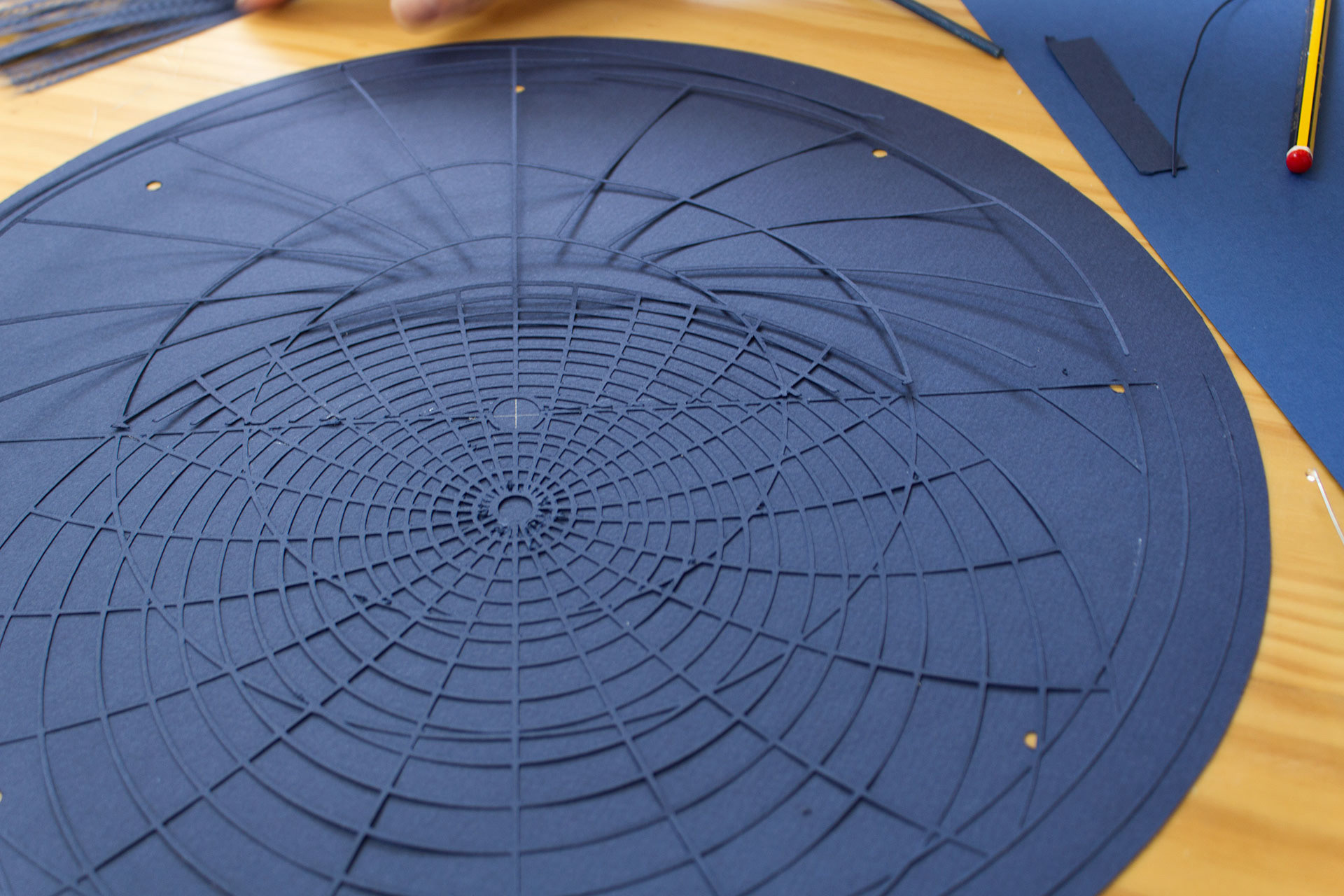 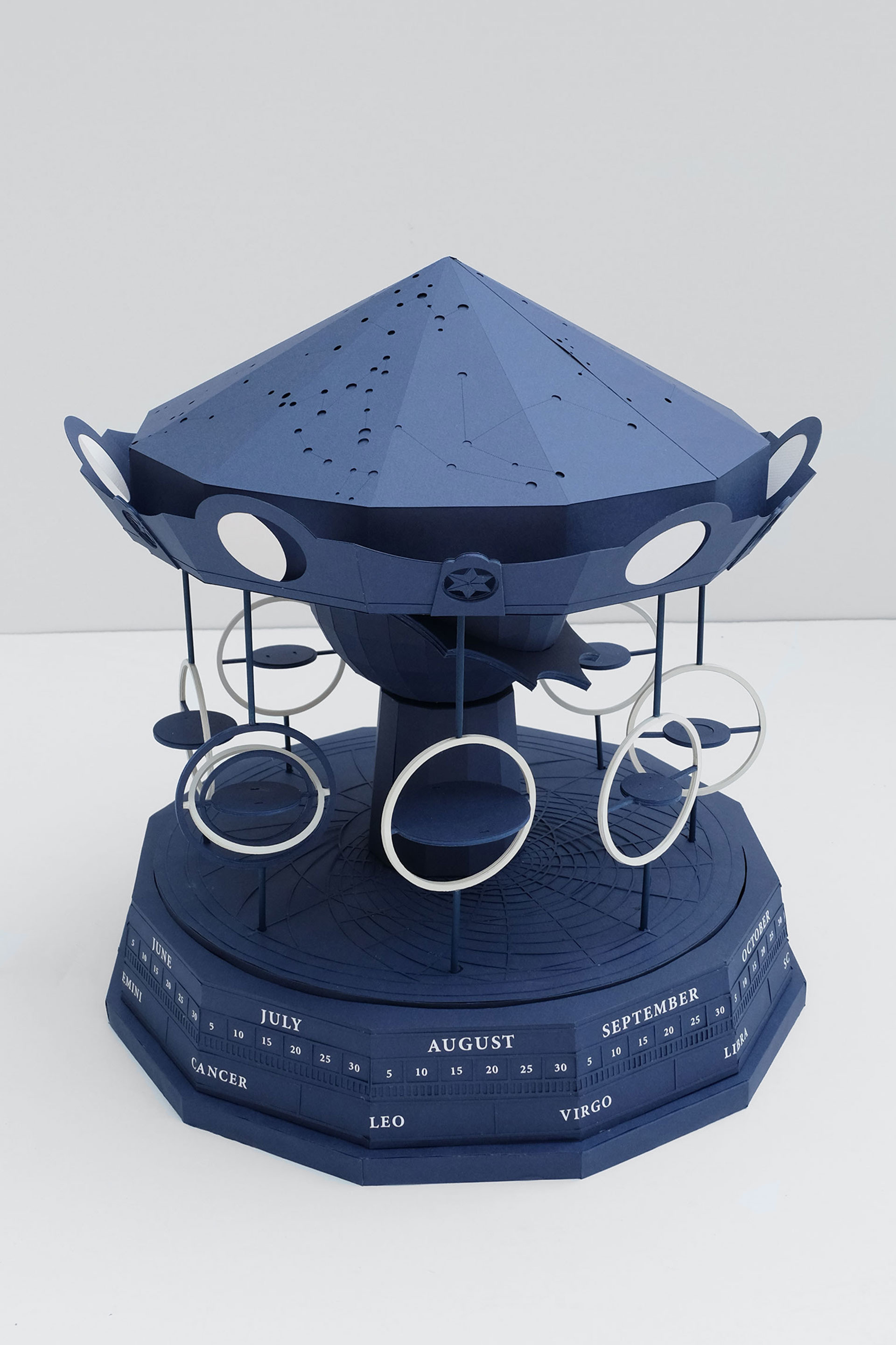 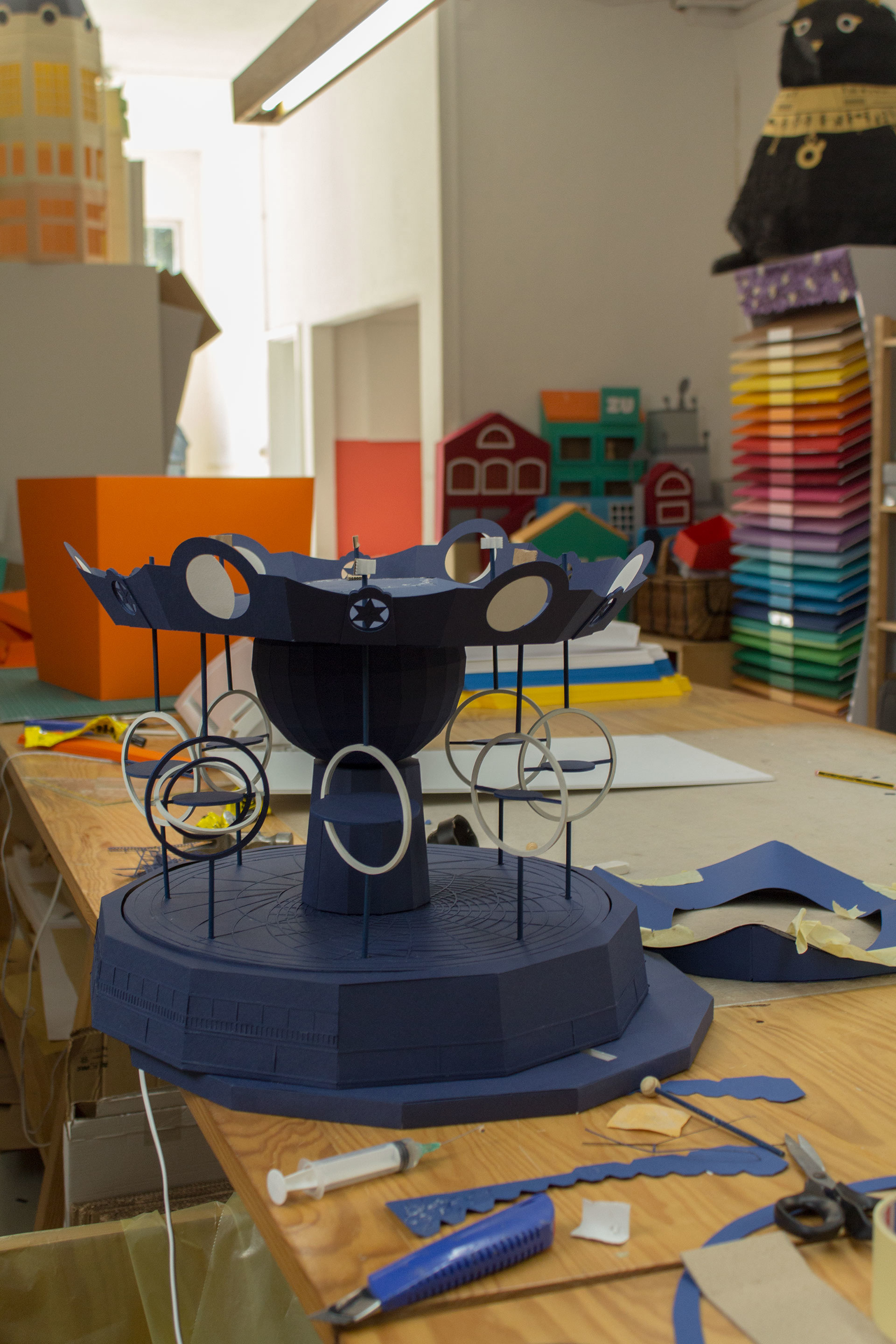 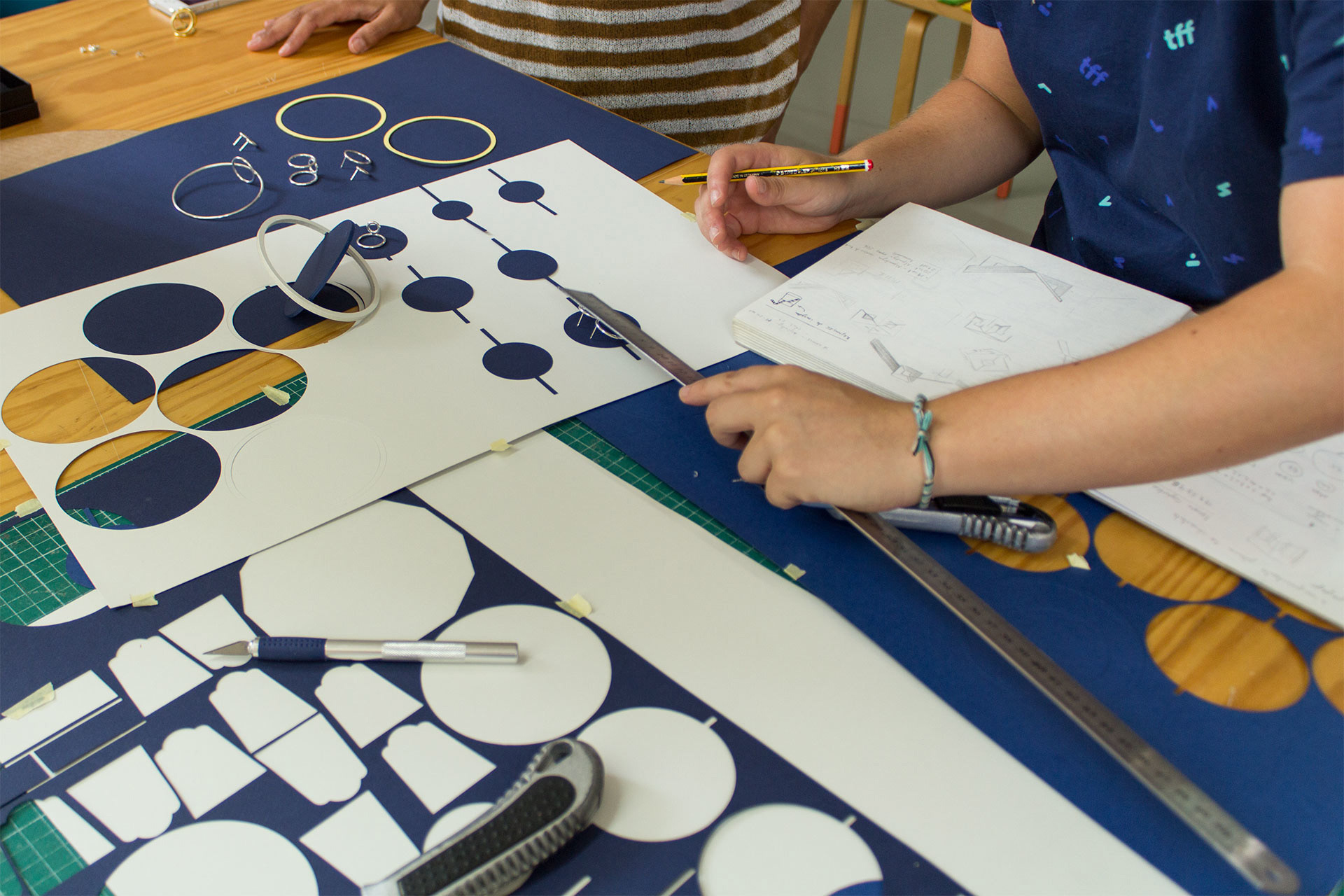 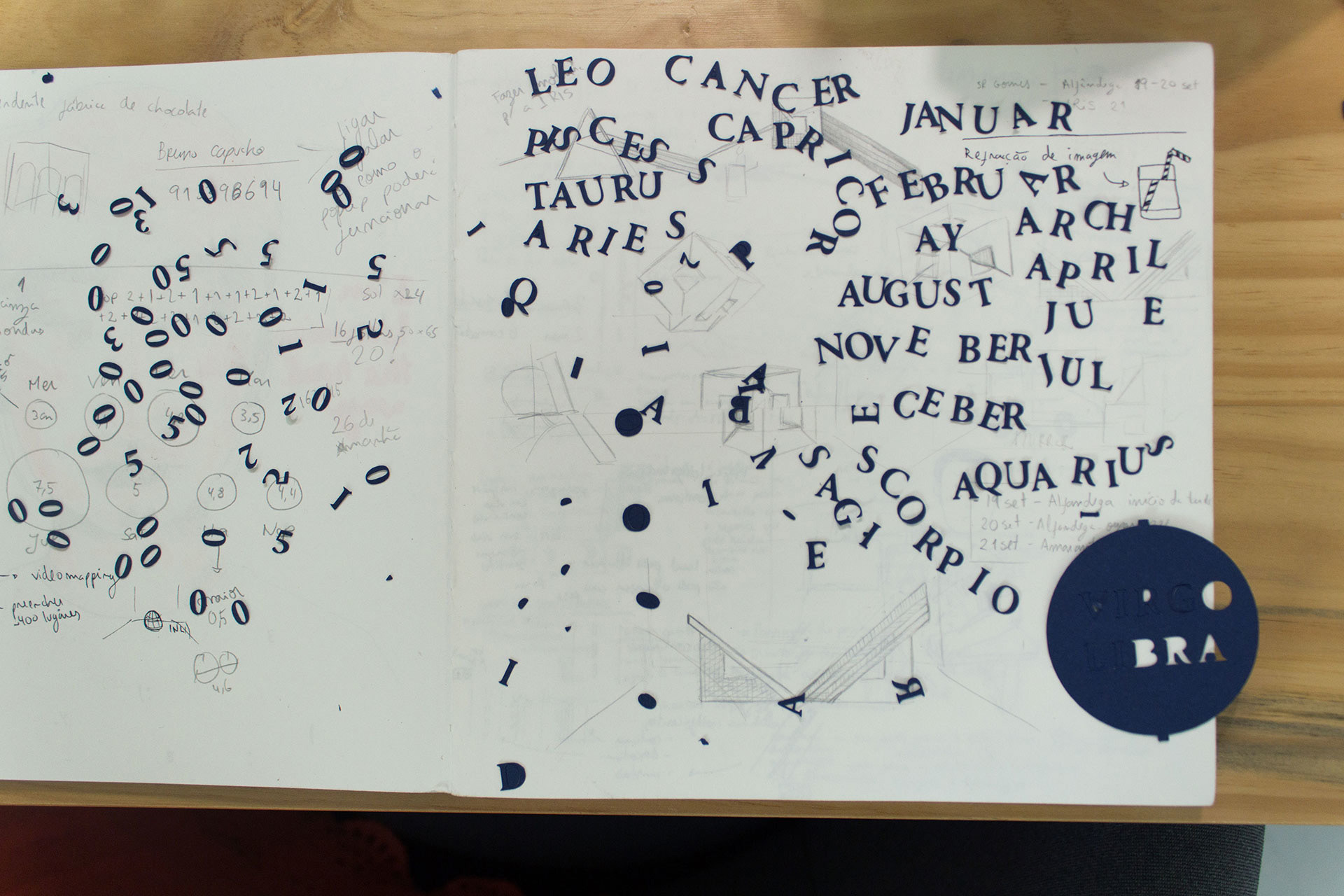